From the crazy American ....

From the crazy American ....

I've been quiet, as I've been working on a project making vulcanized rubber molds for model train parts ... to be used in my spin-casting machine. Railroads are still my first love, and part of that includes an interest in the tram type lines used in the First World War for supplying the trenches, Decauville lines, etc.

But, the crazy American is at it again with Fleet Commander. A local guy who had backed the KS decided to sell his Genesis set, so I bought it. That makes my sixth Genesis box, but he also had an extra Salvation package, a Fleet Reinforcements, and four of the playmats -- two Orbit and two Deep Space.

His reason for selling was the usual one, he couldn't get his gaming group to play, they wanted to play euros. It's his loss though. I do wish Capsicum would have been able to better serve the US market, but that opportunity has passed.

Are there any small expansions from Capsicum on the horizon? 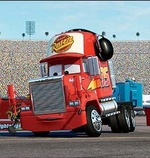 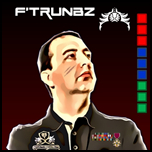 I was able to pick up another full Admiral Pledge of FC: Genesis recently, which included some extras like another 2 Player Pack and a copy of 'Forge'. Folks here in the U.S. seem to have just given up on the game.

For the record, that's now seven sets I have. I do hope Didier is working on more stuff, but only time will tell.

Wow. Do you plan to rent a warehouse to store all your FC stuff ?

You don't have any limit ?

I really only own and play two games with any regularity. One is Ogre/G.E.V. from Steve Jackson Games, it's been my love for over 40 years. The other is Fleet Commander, though it is very hard to find opponents lately.

Thus, my gaming budget is very small other than occasional splurges on these two games.

I think seven sets of FC:G is enough, but if someone were to offer me another bargain set, I may just grab it.

You really are a true fan.

Mack_me_Bucko a écrit:I was able to pick up another full Admiral Pledge of FC: Genesis recently

Congrats on your acquisition :-D Do you have, by chance, an extra campaign booklet you're not fond of? I recently acquired an admiral pledge myself too, here in Italy, but the campaign booklet (and campaign builder, but I think it was inside the booklet) is nowhere to be found...